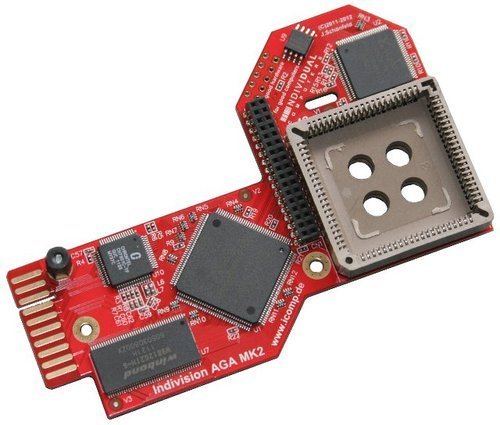 For a long time now I wished I had some spare time to build an Amiga 1200 I own, which was in pieces in various boxes, and set this up for a complete WHDLoad experience. Gladly, last Christmas I had a few spare days to spent at home. So I decided to open the boxes and build this fine computer.

This A1200 is equipped with a Blizzard 1230MKIV with SCSI controller and an 2.5" IDE hard disk. Last summer I bought the new Indivision AGA MKII by Individual, which I never had the chance to use it before. I bought also a new 300W power supply from AmigaKit for this system, a new floppy drive and a new keyboard. So, I gathered all the pieces on a table and I started building the computer. I had no problems with the hardware, until I tried to fit again the hard disk, which was fitted on it's original cradle. 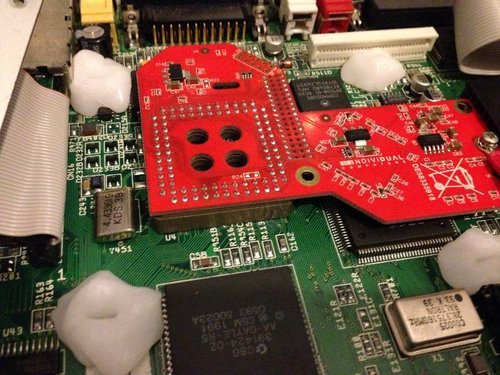 Unfortunately, the hard disk cradle place is over Indivision and it doesn't reach it's holding position, as it touches the Indivision board. So, I was looking for a good solution at various amiga websites, without no result. Then I saw Cosmo's blog, where he used a material which you can shape it as you want. This material is called Polymorph Plastic and you can find it in the form of small granules. When you pure hot water over the granules, they melt and become something like plasticine, which you can shape for around 10 minutes as you want. After that time it turns to hard plastic. 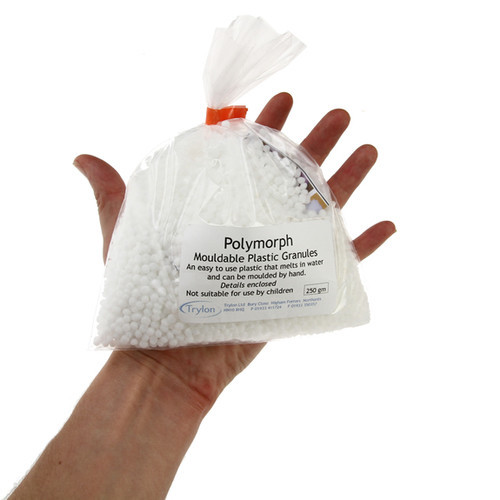 I had the idea to use this material and create new hard disk holding position over the original one, that already exists at the A1200 motherboard. This way the plastics will lift the cradle a few centimetres over Indivision. So, as soon as I got the Polymorf Plastic I started this mod, by placing a small amount of this material over each hole and then placing the cradle over them, so that the new holding holes were created on them. After about 15 minutes the new holds turned to plastic and the hard disk cradle was fitted over the Indivision, without moving around and touching the board any more.

The next problem that occurred was the keyboard, which touches the cradle, was also lifted a few centimetres. As a result the case of the A1200 was impossible to close. I decided to bent the pieces of metal the cradle has, and touch the back of the keyboard. This was an easy job to do by using a piers tool. 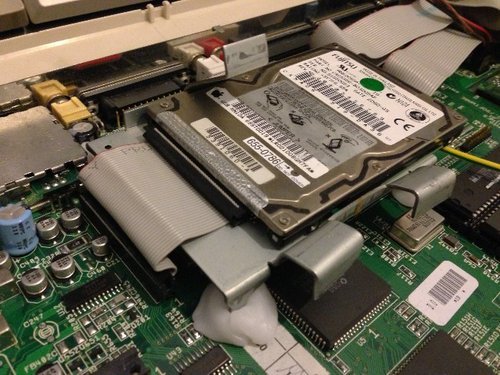 As a finish touch, I glued under the hard disk cradle a piece of a thin plastic antistatic paper, which I got from a non working PC power supply. This way even the static electricity between the Indivision and the cradle is almost eliminated. 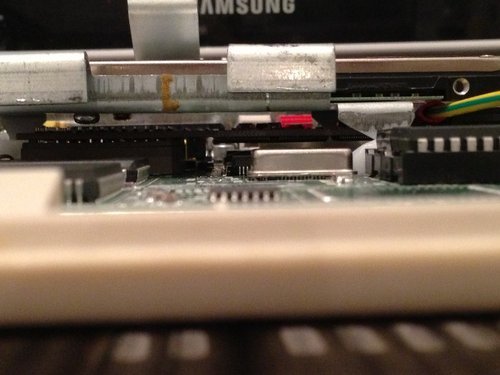 At the photographs you can see the result of the modification. I have the amiga working everyday for the last 10 days, around 3 hours per day, with no problems at all.