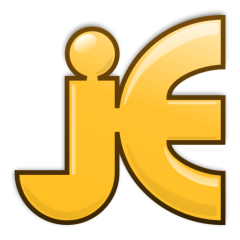 The editors are my most used programs daily. As a web developer, I use plain text editors for coding. For the last couple of years I prefer to use the jEdit, which is Java based, really fast, with plenty of plugins to make it suitable for you. I use it everyday because it has all the feautures I need from an editor. It also has "macros", which I never used before, until yesterday.

A customer of mine, gave me a big text he created, with plenty of emails written among various other texts. His need was to extract all the emails from the text in a way that he can use to import the emails in a database. So a new text with all the emails, seperated with a semicolon would be just fine.

The jEdit has the ability to search in a text by a regular expression. That would be useful for what I wanted to do. I created one regular expression that recognises an email in a text. That worked just fine. But if I use it manually I should do the following steps over and over again.

These steps had to be done for every single email, which would be time demanding for a text like the one I had in front of me. So I thought to use the macros feature of jEdit.

The script I created scans the open buffer text from the beggining, it finds the emails and then creates a new buffer text where it outputs all the emails separated by a semicolon. It also outputs the number of founded emails at the status bar of the editor.